This was originally supposed to be a dress inspired by this one. 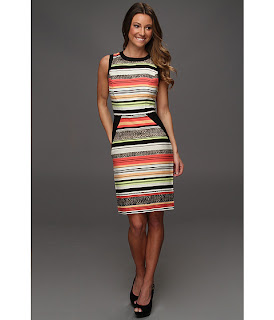 The fabric in mind is a stretch knit.  The same sort of design hit the shops here half way through the summer and I tried on a few examples to help me envisage the finished dress.  All was able to envisage was every lump and bump in my imperfect figure outlined and hi-lighted for the world to see!  Horizontal stripes?  What was I thinking?  I was ready to push this one aside and see if I had got rid of any lumps by spring, until I happened to spot the fabric in my stash next to the remains of a sort of green/teal fabric that I had made a skirt out of.  The colours looked quite striking together.

As a separate train of thought I had been watching the pattern reviews for the lace cardigan in March Burda Magazine.  I had considered it for one of my patterns for the Curious Kiwi’s recent Burda Sew-a-long, but didn’t have a stretch lace.


Once I let go of the striped dress and considered the fabric for a top to wear with the green/teal skirt, I was ripe for grays08’s review of the pattern in a solid, sort of stripe.  Inspired by her finished cardigan, I made one in my striped knit.
﻿﻿﻿ 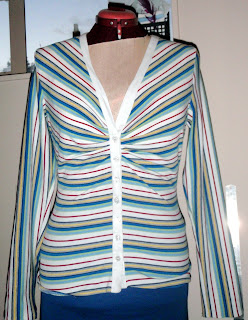 
I did make a few changes.  All the reviews point out that this is a very close fit, so I used white drill (non-stretch) for the button band to avoid gaping across the bust.  Obviously this required a little grading and trimming round the curves, but it was not that difficult.


When I gathered according to the instructions I ended up with a sort of lump in the middle at waist level.  After some experimentation I also replaced the gathering with small pleats, but only over the top half of the gathered area.  This seemed to lie flatter, and produced a nice shape across the bust. 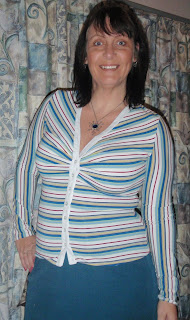 Overall?  I like this pattern.  I will wear this as a top, rather than a cardigan as it is a snug fit, but it works well as a top.  I’m not sure I’d make it in the lace, as suggested in Burda, as that would require a camisole or similar underneath, and I suspect that would make it all a bit lumpy.  I will, however, almost certainly make it again.
Posted by Unknown at 12:33 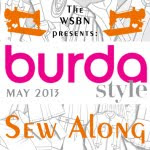 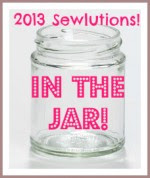 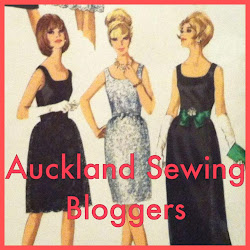